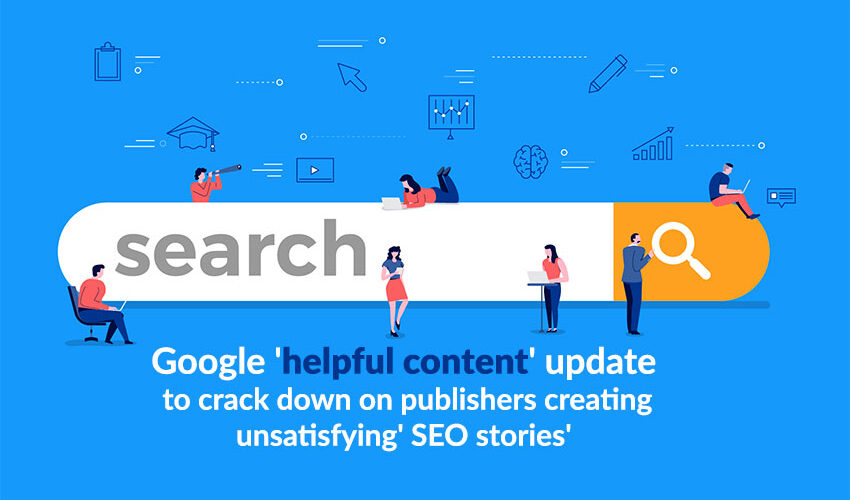 Google is preparing to crack down on publishers creating “unsatisfying content” aimed purely at ranking on search with a new “helpful content” search algorithm update.
The Google search update, rolling out this week, will prioritise “original, helpful content written by people, for people”, the platform said, adding that it wanted people to have a more satisfying experience.

Google said the types of content it is planning to deprioritise include articles “mainly summarising what others have to say without adding much value”.

The Sun has previously complained that its original scoops get buried in search results beneath stories by rivals that effectively rip their work off. A test of this theory by Press Gazette appeared to show it borne out.

In an Ofcom consultation last year, Sun owner News UK said: “The platforms prefer recency over provenance of news content, meaning that the incentives to invest in breaking a story is diminished. A publisher who rewrites a story is more likely to receive traffic referrals via platforms than a publisher who invested in writing the story in the first place.”

Google’s latest update will also crack down on stories that, it said, “promise to answer a question that actually has no answer, such as suggesting there’s a release date for a product, movie, or TV show when one isn’t confirmed”.

This is a common SEO tactic: for example, Radio Times in June published a story with the headline “Knives Out 2 release date: Netflix movie’s star-studded cast, trailer and plot” despite the fact a date for the show was not announced until this week.

Google also warned content creators to evaluate whether they are “producing lots of content on different topics in hopes that some of it might perform well in search results” or “writing about things simply because they seem trending and not because you’d write about them otherwise for your existing audience”.

Press Gazette research into ‘churnalism’ earlier this month shed some light on the tactics leading publishers deploy when it comes to write-ups of trending topics on social media and producing SEO articles with little original content.

Google also asked: “Does your content leave readers feeling like they need to search again to get better information from other sources?” and “Did you decide to enter some niche topic area without any real expertise, but instead mainly because you thought you’d get search traffic?”

Google said that sites with a primary focus and an existing or intended audience that would come to them directly to find useful information and articles that demonstrate first-hand knowledge and expertise should have nothing to worry about.

Danny Sullivan, Google’s public liaison for search, told Tech Radar that “how-to” style searches and queries relating to shopping, entertainment and technology could potentially benefit the most from the change.

He said: “We typically announce ranking updates that will be noticeable, or we expect to be particularly felt by publishers.

“This is a meaningful ranking update to Search, and we’ll continue this work with more updates in this vein in the months ahead. Users should expect to see the helpfulness of search results evolve and improve over this time.”

Be The Next Success Story